You are here: Home / Couples / Affairs and Cheating / Recovering from an Emotional Affair 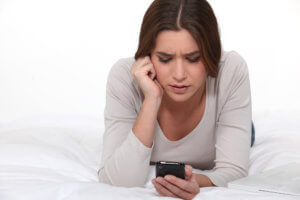 Lately, we’re hearing the term emotional affair more than ever. Perhaps the internet has made it easier to reach out to other people. Yet, an emotional affair can begin in the workplace or in any setting in which people interact, such as charity work and sports activities.

The problem lies in the fact that an emotional affair is “an affair of the heart.” Attention is focused on someone outside the primary relationship, the contact can be frequent (sometimes multiple times daily), and is often hidden from the spouse or primary partner. There may be sharing with the emotional affair partner about the primary marriage or relationship and its shortcomings.

There is a “pull” felt within the emotional affair. Starting as a friendship, the connection strengthens, boundaries may become less rigid, one or both may find their thoughts turn to sexual fantasies. The amount of contact escalates. In emotional affairs, both people typically feel compelled to be in touch, to share important thoughts and feelings and to look forward to hearing from the other — often with increasing frequency.

Discovery of an Emotional Affair Brings Many Strong Emotions

When the spouse or primary partner learns of the emotional affair, it may not matter whether there was a sexual aspect or overtones. The hurt is real, yet often not understood by the person engaging in the outside relationship.

“I don’t know what the big deal is. It’s not like we had sex. We’ve never actually even met in person.” Denial of the intent or extent of the emotional affair is a frequent first reaction.

However, the spouse or primary partner feels a deep wound. “Why did you need this other person?” “What was he or she giving you that I don’t?” “If it’s not a big deal, why have you hidden this from me?”

Arguments can escalate easily. Here’s why: The emotional affair is a threat to the emotional bond of your primary relationship. That bond is a powerful force that formed when the couple first met and romantic love developed. Because humans are hard-wired for close, loving relationships, any interference with the couple’s connection that had been formed between them feels like an emotional threat to the primary partner.

The anger and upset expressed after an emotional affair is discovered may mask the deep hurt that lies beneath. It’s important to understand that the hidden, secretive way in which emotional affairs take place add to the sting of betrayal and the new insecurity of the hurt partner.

A range of emotions typically surface when the couple attempts to resolve the hurtful feelings. These can include: 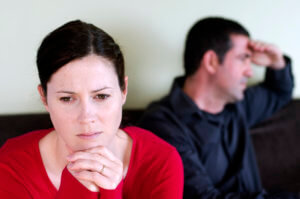 Despite the lack of real in-person or sexual contact, emotional affairs are a threat to the marriage because some needs were apparently being met in the emotional affair that were not fulfilled in the primary relationship.

Carmen and Jim met at an art class. Carmen’s husband Michael was busy with work, plus he had minimal interest in Julie’s “crafty” pursuits. She’d go alone to craft fairs and art galleries or with girlfriends. Both had said this was okay, but Carmen really wished Sam would take more of an interest or that they would do more activities together.

She enjoyed Jim’s passion for painting as they talked in class. They began to have text conversations. Carmen found she could not wait to hear from him. She even felt anxious when there was a delay. She began to look forward to painting class even more. Carmen admits to herself there was a certain thrill in this new friendship — though she respected the boundaries of her marriage. After all, she truly loved Michael. It started as having a friend with a common interest, and even though there were warning signs, Carmen tried hard not to think that she was playing with fire.

Then Michael discovered the extensive texts on her phone, and he was devastated. So many of the texts were late at night — and some appeared to be a bit flirty. Michael’s hurt often surfaced as anger. The couple found they argued frequently over the emotional affair. This was the first major problem in their marriage, yet Michael could not recover. He felt his trust for Carmen was slipping away, and the more Carmen reassured him that she wasn’t having an affair, the more Michael felt misunderstood and protective of the relationship. Carmen began to feel suffocated by Michael’s reactivity about the issue. Michael started to feel like Carmen didn’t want to help him feel more secure in the relationship.

An Opportunity for Reconnection

After months of arguing, the couple sought help. They learned in counseling why the emotional affair was so deeply hurtful to Michael. Carmen began to understand the depth of his pain.

But more than only resolving the emotional affair, they were able to explore what was missing in their marriage. The strong attachment bond that brought them together initially had become more strained. Michael’s devotion to his career meant long hours away from home. Carmen did not know how to openly express her needs to Michael for greater closeness and more time together. Michael couldn’t understand why his career driven mindset didn’t illustrate how important Carmen actually was to him – he was doing this for them and their future, but he couldn’t nurture their emotional connection.

Unfortunately, the missing pieces in the marriage got filled with the emotional affair.

Carmen and Michael were able to revisit what kept them connected in the past. They had enjoyed hiking and attending local theater — and now needed to to re-prioritize their time together. They once had a daily ritual of having time together on the patio every evening to share their day and other thoughts. They needed to bring back the ritual that kept them in touch and close in the past.

Staying Close in the Digital Age 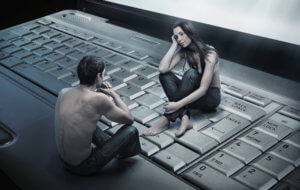 Carmen and Michael were able to recover, fortunately. As with many couples today, there are tons of challenges to making the relationship a priority.

Longer work hours, especially when you are building your career, are very common. Working remotely or on weekends makes unplugging more difficult, mentally and physically.

Additionally, meeting the needs of children can become the priority more than the couple’s relationship. Parents want to be supportive of kids’ sports and other activities, but less and less time seems to be available for the couple to be alone together.

Recovering from an Emotional Affair

The office will be closed until August 16th. My schedule is currently full. Please use the contact form if you would like to be on the waitlist. I do not take insurance or Medicaid.