You are here: Home / Being a Counseling Client / What Couples Therapists Believe About Relationships

What Couples Therapists Believe
About Relationships
(or at least they should) 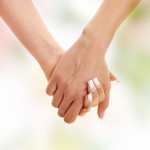 When your relationship isn’t going as it should be, it’s easy to rack your brain with all sorts of interpretations of what is going on, predictions about the future and what will happen, what needs to happen, etc. All of this can be very confusing, leading you to question the relationship itself.

There is a fundamental belief that every couples therapist should have about your relationship.

This is a belief that we share, and it is something that we try to help you cultivate. The belief is that you have a bond. It’s there. You are not fighting because you hate or don’t care about each other, no matter how infuriating each other’s behavior could be, or how distant you feel. If there were no bond, you wouldn’t be working so hard to get through to each other that there’s something threatening this bond.

“But wait, no one is working on this!”

“I feel ignored. There is no bond.”

This is something that can go against everything your mind says to you when you are fed up, exhausted, angry, sick of it, feeling hopeless, etc. Your bond may be buried under all the things that are going wrong. Your bond may be in danger of being broken if these things don’t get fixed. But, the bottom line is this: You wouldn’t be able to get to each other if there weren’t a bond. No one would get upset about anything. No one would shut down and freeze up in the face of an argument. No one would be bothered by a lack of closeness if there has been a growing distance.

A good couples therapist knows this, and will use this to help you revive your bond. Because it very well could die if it’s not attended to.

If you are having issues in your relationship and there is any notion that you both don’t like what’s going on, then there’s a bond there. You don’t have to wonder about that. You have to believe that it’s there and fight to save it. Don’t waste your energy analyzing whether your partner really loves you, really wants to be with you. That’s like sitting in a sinking ship and debating whether it would have gotten a hole if it were a good ship, without doing anything to fix the hole.

But, my partner had an affair, what do you think about that?

Bonds can be injured, and if your partner is saying to you that they are done and want to pursue a new relationship, you may be in trouble. However, the occurrence of an affair doesn’t mean that your relationship is meaningless and can’t be fixed. We’ve helped couples take a hard look at what was going on and how their relationship became vulnerable to an affair. Couples can heal after a husband or wife has cheated.  We do believe that this is much more likely to happen in therapy, and with a therapist who has the firm belief that there is a bond there, it just needs desperate help.

What Does This Mean?

It means you aren’t going to marriage counseling to see if you have it in you to work things out. You are going so you can see why it’s so hard to try.

You aren’t going to see why you seem to hate each other. You are going so you can find other ways to let your partner know that you aren’t OK with things that threaten your bond.

It means that there is hope, even if you question that.

It also means that you need to find a marriage counselor that actually believes this. If they aren’t sure that people sitting in front of them really have a bond, they won’t be as likely to have confidence in their own treatment. This is a problem, so seek a couples counselor with real training in couples and marriage therapy. Seriously.

If you are ready to have a complimentary consultation with one of our trained Denver marriage counselors to see if we can help you develop an unshakable belief in your relationship, please call us at (720) 443-1947, or use our contact form to get in touch.