You are here: Home / Couples / Your Spouse Always Thinks You’re Trying to Start a Fight 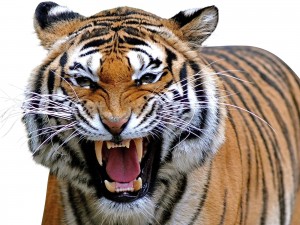 So, what do you do if your spouse always thinks you’re trying to start a fight?

Defensiveness can seem like a huge brick wall. It feels like you are damned if you do, damned if you don’t. It’s pretty common for one partner to complain that they have been pretty clear about their needs in the relationship, but their spouse either gets defensive or ignores them. Why is it that sometimes it feels like no matter what you say, it seems like your spouse always thinks you’re trying to start a fight?

One telltale way that I uncover what’s going on is that I’ll ask each person how they let their partner know that they need something.

Most of the time, at least one person will say something like:

“When he/she does something good, which is the opposite of how they usually act, I make sure to tell them that if they would just do more of this and not ever do that other stuff, I’d be happier.”

“I shouldn’t have to tell him/her. If he/she really cared, they’d know what to do based on how many times we’ve had this conversation.”

Can you spot the common thread in all of these approaches? They all include criticism. Implied or outright criticism.

When you are trying to get through to your partner, if there is even a hint of criticism in there, it can turn the whole interaction sour. It’s like when I was pregnant and would sniff everything before I ate it to see if it had gone bad. My sense of smell was so keen that things just smelled bad, and it made me paranoid. If I caught a whiff of something that could be off, I couldn’t eat it. It didn’t matter if I was half way through, if others were happily chowing down, it was over.

Criticism is the same way. And over time, you start to think that everything is going to be sour, so you don’t even give it a chance. Your partner hears criticism where it isn’t. You end up stuck.

There are often good reasons for criticism. But our actual needs in the relationship get lost in the message. Most of the time, we are trying to convey ourselves, be understood, spark change. But it backfires. It feels naked and weak to make nice when we’re hurt. Lots of times, we don’t even know we are hurting, we’re just pissed. Maybe you used to be careful about criticism and it never got you anywhere. Maybe you’re fed up. It would be understandable if you were.

So, if you are thinking that stopping criticism is easier said than done, you’d be right.

If your spouse always thinks that you are always trying to start a fight, they might shut down and not want to discuss anything at all. Or, they might get defensive and attack before you realize you are in a fight. These patterns are complicated and are never, ever down to just one person always doing this or never doing that. But, one thing is usually true – if you feel like simple requests turn into a fight, check to see how much (thinly) veiled criticism is going on there.

If you are unsure how to get out of being defensive and communicate in a way that gets your needs met, schedule a time for us to call you. This is what we do.

Our practice is currently full and we are unable to accept new clients at this time. Visit https://iceeft.com/ to find a qualified Emotionally Focused Therapist near you.