You are here: Home / Couples / Couple Fights – Understand the Hidden Roots of the Pattern

Getting to the Bottom of Why Couples Fight

Couple Fights are one of the main reasons that couples seek marriage or couples counseling at our Denver practice. They 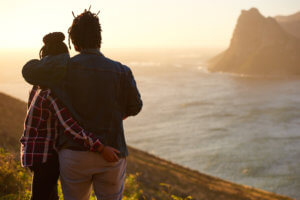 don’t understand why their communication often results in fighting, and they want help to get out of their patterns.

Couple fights often actually have a pattern: The most common is when one of you wants to talk and reach resolution, but your partner shuts down.

This in turn leads to greater frustration — and often more anger — as one of you needs to “talk it out” and the other seems to refuse, to not “care enough” to work things out.

If this sounds familiar, you could have one of the most common couple fight patterns.

And, if you’re the one who pursues your partner to talk and stay engaged in the discussion, it probably sends your frustration though the roof when your partner is silent or leaves the room. y

If you’re the one who withdraws from the argument, you may be confused and frustrated about that your partner can’t calm down or let the issue go. The arguments seem to go on and on with nothing getting resolved.

We’re going to help you get to the bottom of these ongoing behaviors in couple fights and to open the door to greater understanding of each person’s reactions. Understanding your partner’s experience is the first step to ending those “endless arguments.”

What Lies Beneath: The Deeper Emotions of the One Who Won’t Let it Go

In Emotionally Focused Therapy (or EFT), the leading and most-successful approach to helping couples in distress, we know that the person who keeps wanting (and needing) to talk may actually be feeling many things under that anger:

When there is tension in the relationship, the partner who pushes for talking and answers feels fearful that the relationship is in trouble, that they will lose their partner. They are reaching for — and longing to feel — close and connected.

When a couple’s fight has ensued, those core issues and the need for reassurance become overwhelming. The partner who pursues to talk needs to know the relationship is secure. Beneath the anger is often anxiety and fear and difficulty coping with now knowing where he or she stands.

We call this person the “pursuer”, the one who calms their distress by trying to work it out in the relationship. Pursuers often get labeled as “too emotional” and too easily upset. Yet, this partner tends toward open expression of his or her feelings. Often times, we don’t see the hurt or fear, only the anger, but the root of it is always an anxiety about the eventual consequences of letting things crumble before their eyes.

Understanding the One Who Disappears

The person who disappears, by actually leaving or just not saying a word, is a frustrating mystery for the partner to understand: “Why won’t you just talk to me?” “If you really cared, you’d listen and not leave the room.” “If my needs were important, you’d talk to me!” We call the one who tends to calm things down by “not trying to make things worse” the withdrawer.

However, what lies beneath for the partner who avoids arguments are some profound feelings as well, that may include: 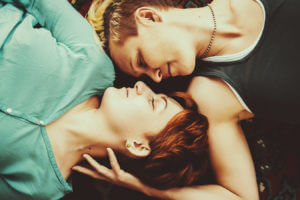 85% of couples have one partner who pursues, and one who withdraws in couple fights. Some couples are are two withdrawing types who may be proud of avoiding arguments. Not talking about important issues can be fertile ground for building resentments. Other couples are made of two people who aren’t afraid to jump into the ring and defend their own position until the cows come home, attacking each other’s viewpoints. The point is, there is a pattern of interaction.

Damage of the “Negative Cycles” in Couple Fights

In EFT, we call the patterns of couples’ arguments and distancing a “negative cycle.” It’s a cycle because it can repeat itself like Groundhog Day. After months or even years of repeated arguments, couples often see their partner as “the problem.” It’s an easy trap to fall into. After all, if your partner would just respond differently, you’d be able to reach some agreement on issues that matter.

However, the true “enemy” here is the negative cycle itself. This pattern activates like auto pilot and leaves hurt feelings and  resentments. It often feels like an impossible mismatch. There is hope! Couples can learn to stop the negative cycle and to talk calmly about their concerns in a way that actually helps them feel closer.

What is Actually Happening in this Negative Cycle?

When couples’ arguments escalate, both partners’ emotional brains fire up: The one who pursues desperately seeks contact – you could say that they are in “fight” mode. The withdrawing partner is in “flight” mode, seeking relief from the partner’s fury.

So, when “fight” or “flight” are in full force, hurtful things are said, name-calling can be harsh and painful. These emotional scars can last unless the couple is able to apologize and forgive.

What is the fight for, and what is the flight from? It feels like each other. But what is actually happening is that it feels like the relationship is at risk. When we fall in love, a powerful bond sets into motion. It is a feeling of being special to someone and a powerful emotional and physical attraction.

When you’re upset with each other, that strong bond feels at risk. In caveman times, anything that threatened your connection with your important people was literally a life or death threat. Our brains evolved to see relationship conflict as a matter of emergency, even if you aren’t consciously thinking in those terms.

And, over time, when couples’ arguments occur frequently, it can take less and less to trigger emotions (even a raised eyebrow, a “look”) . . . and they’re off to another negative cycle.

Reaching a New Understanding of Your Couple Fights

Given all this information, you can see that couple fights:

Most importantly, couples can learn to exit the negative cycle and talk about their concerns, hear each other calmly and work toward a resolution. That’s what our Denver Marriage Counseling speciality is.

In a related blog, we outline the proven approach that is part of the EFT process. Couples learn to slow down their emotional brains, to listen without reacting so each partner is fully heard and then to calmly discuss their differing viewpoints.

Couples also learn to speak from their “deeper” emotions — those feelings of hurt, sadness, fear of disconnection that lie beneath the anger, frustration and withdrawal that the “surface” emotions that your partner sees.

We are accepting new clients. Clients must be residents of Colorado. We do not work with any insurance providers. In-person sessions require masks and vaccinations.